It’s one of the scariest moments in a relationship – it feels like your man is pulling away and you don’t know how to stop it.

It could feel like he’s gotten quieter around you, or he wants to spend more time alone or with his friends, or he’s communicating less.

It could feel like you two are arguing a lot, and that he’s emotionally distant from you.

And when you start to suspect that, it opens up a whole can of worms.

All of a sudden, instead of secure, you’re feeling lost, confused and hurt. Wondering if it’s the end of the relationship – and overanalyzing everything he’s doing to try to answer the question, is he pulling away from me?

Unfortunately, your instincts are going to be to try to hold him closer to you than ever, and to look for clues as to his true intentions.

And those instincts are going to drive him away from you faster than anything else.

Once you get worried that he’s pulling away, fear of loss will control your decisions, rather than happiness and joy.

In a good relationship, both partners are there because they want to be, and they decide what to do based on getting the most enjoyment out of the relationship. 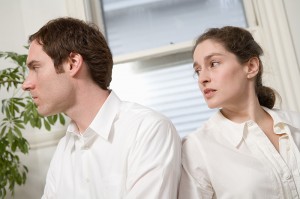 But when fear of loss appears, and all of a sudden your fantasy future bubble might get burst, your emotions and decisions are dictated by that fear, rather than enjoyment.

That creates a toxic environment where you feel insecure and out of control, and he feels smothered and pushed away, you try to make him chase you again, and eventually, the relationship falls apart.

The only way to survive and have your relationship thrive is to reject the fear of loss, and to not let it control your actions.

In truth, control is a total illusion. You can’t control someone else’s behavior, and trying to is a sure recipe for failure.

If you feel like your man “should” want something, or “should” do something in response to your words or actions, all you’re doing is setting yourself up for failure… because you can’t control him.

At the end of the day, you’re only in control of yourself.

And if you want your relationship to last and to thrive, then you need to stay in control of yourself. That means letting go of fear, and acting out of love and enjoyment.

When you’re afraid your man is pulling away, the most important thing you can do is to take a step back and honestly analyze the state of the relationship. 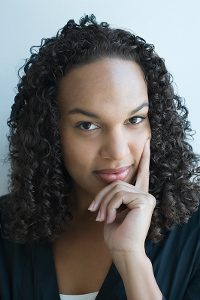 Are you happy? Listen to your gut and answer yourself honestly, is this really going to work?

If you get a sick feeling in your stomach and you get worried – that’s OK. The truth is, you’re totally in control – and even if it doesn’t work out you’re going to be OK because you’re going to find what’s best for you and what makes you happiest.

If it’s really not going to work out with him – it’s good that you know now rather than months or years of wasted time down the line.

If your gut is telling you yes, that it’s worth saving and it’s going to work between you… because you have a history of a strong healthy relationship, then the only thing to do is to follow these rules.

You have to focus on the one thing you have control of – yourself – and put all your energy towards feeling your best and bringing your best to the relationship every day.

In the end, the thing that determines relationship quality most is your partner’s mood. If your partner is in a good mood, it’s going to be pleasant to be around them – and vice versa.

So focus all your energy on being in the genuine, most positive mood you can be in while you’re around him.

If you do that, it will feel really good for him to be around you – and he’ll want to spend more time with you naturally.

The important thing to remember is that all you can do is give it your best shot and focus on being in the genuinely best mood you can be in. If that’s not enough for him, then the relationship was never going to work out at all.

And when both partners are bringing their best to the table each and every day, that’s how to create positive, loving, happy relationships that stand the test of time.

Nick Bastion is a dating and relationships expert with over 10 years of experience helping men and women have the love lives they’ve always wanted. You can find more of his writing at Vixen Daily in the Love and Relationships section.